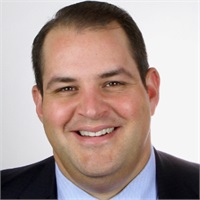 Sean joined First Financial Group (FFG) in 2008 as a Financial Representative.  He developed a strong practice, earning back-to-back firm sales awards; however, given his entrepreneurial background, Sean turned his attention to leadership and the strategic growth of the firm. Entering the management track at First Financial Group as a Sales Manager in 2010, Sean quickly discovered his innate ability to source and recruit individuals who would excel and go on to become the company’s top producers.  Taking on the responsibilities of Executive Vice President of FFG in 2015, he was key contributor to the firm’s 300% growth in areas of productivity, revenue, and talent. Along with facilitating the rapid growth of the company, he has aided in the expansion of First Financial Group’s footprint from two core offices into eight locations across the mid-Atlantic. In 2019, Sean joined CEO Lloyd Polmateer as an equity stake holder in the company.  Serving on FFG’s leadership team as President, he oversees multiple facets of the business, including talent acquisition, training and development, and finance.

Sean is active in his industry and in his community.  He has spearheaded FFG’s community outreach program fostering a culture of giving throughout the company with matching funds and organized volunteer efforts for great organizations like Habitat for Humanity, DC Central Kitchen and Wreaths Across America. He is a member of NAIFA, GAMMA, and AALU. Sean has been featured in the NCAA’s “After the Game” web series highlighting excellence after college.  Sean is a four-year qualifier and winner of Guardian’s Presidential Citation Award, and a three-year qualifier for Guardian’s Leader’s Club Award.

Outside of his professional life, Sean resides in Chevy Chase, MD with his wife Mallory, their baby girl Ellie Anne, and their bulldog mix, Boss, who lives up to his name in every way.  Sean is passionate about college football (especially if the Georgia Bulldogs are playing), enjoys a friendly competitive game of golf, fishing, and, top of his list, is spending time with this family.